What if the entertainment industry used AI? 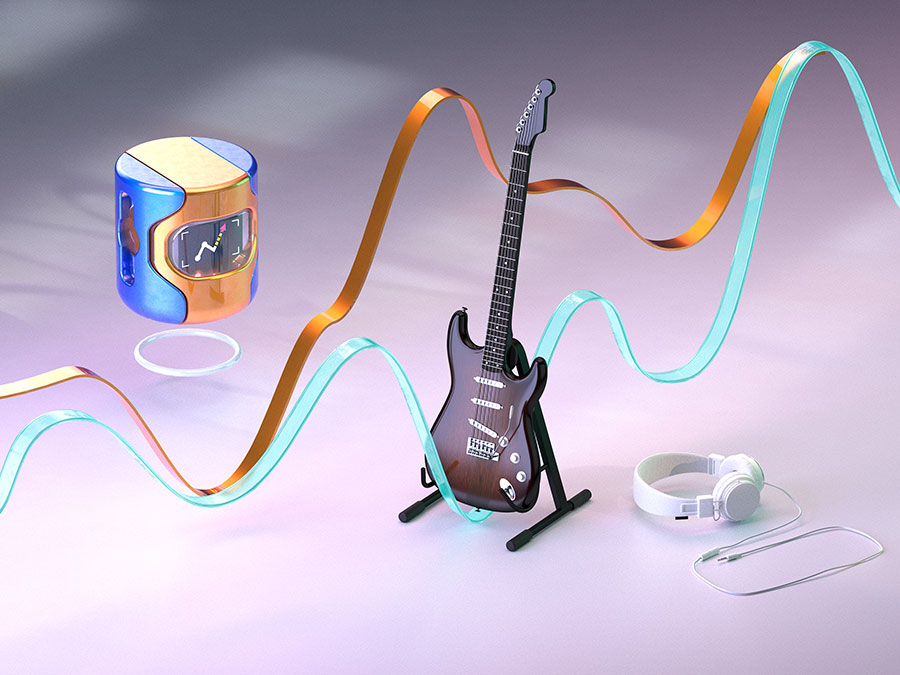 Entertainment is a huge industry. In the US alone, consumers spent over $37Bn on entertainment in 2021. This sounds huge. But the true numbers are probably significantly higher once you include illegal ticket scalping. However, the whole market is extremely traditional, operating as a pyramid with a few big companies at the top and thousands of artists at the bottom. So, what impact can a technology like AI have in an old-fashioned industry like entertainment?

The pyramid of power

Entertainment may seem like a simple business. You, the consumer, pay for a ticket to go and see your favorite band at your local arena. You are vaguely aware that the band are being paid some of the ticket price and that their promoter takes another cut. Clearly, the arena is being paid and also earns money from the drinks and snacks you buy. Probably, there is a chance to buy merchandise, which also means more money for the promoter and band. If you are a bit more savvy, you know there may be a record label creaming off some of the profits as well. However, the true economics might well shock you.

Headline billing but stuck at the bottom

The whole industry is essentially a pyramid with 4 or 5 layers. At the bottom sit the artists and venues. Then you get the agents. Above them are the major promoters and producers. Finally, you get the big record labels and entertainment multinationals. Let’s take an imaginary tour as an example. The numbers here are made up, but they reflect reality quite well. Most tours are put together by promoters. Typically, they want to book a headline act and 2 or 3 supporting bands. They will approach the headline act’s agent and offer them $20M to play 50 concerts over a few months. They will guarantee 1M ticket sales. They then approach 3 support acts and offer their agents $2M apiece. Agents are often quite cut-throat, pocketing anything from 25-50% of the money paid. Nonetheless, the artists feel pretty good. After all, the headline act will earn at least $200k per concert and even the support acts will get at least $20k. The agents are also very happy.

Next, the promoter approaches 50 venues across the country. He promises that he can sell 20,000 tickets at $50 a ticket and will give them a 50% cut of all sales. Each venue is looking at a guaranteed income of $500k as well as profits from all food and drink sales. The venue is probably OK with this. After all, it’s guaranteed money and all they have to do is provide the space and staffing on the night.

Chances are high that at least the headline act has a recording deal with a major label. This almost certainly requires the label to be paid royalties for any live performances. Now, this money could be taken from the band’s own cut. But in this example, we will assume the promoter is feeling generous and pays out the record label. For the sake of argument, we will say the cost is $5M. In other words, $5 for each ticket sold.

The promoter makes his margin

The promoter now has the job of maximizing his margins by selling the tickets for as much money as he can. Realistically he’ll sell half the tickets directly to members of the public. Let’s say he charges $100 a ticket for these. Then he sells the other 50% to one of the large reseller companies. He makes $75 a ticket for these. So, let’s quickly work out what the promoter has earned:

As you can see, the promoter makes dramatically more money than anyone else lower down the food chain!

At this point, things go off-grid with ticket scalpers seeking to turn as much profit as they can. If the headline act is really popular, some tickets may well be resold multiple times, ending up being traded for $1k or more. Tracking these sales is extremely hard. But their very existence demonstrates the broken economics of the industry. The headline band was happy to accept $10 a ticket. The venues were happy to sell tickets for $25 each. The promoter made $46.50 a ticket. Yet some people were prepared to pay $1,000+ a ticket. So clearly, those tickets had greater potential value.

The power of elastic pricing

We have known about this sort of elastic demand for decades. Many industries have responded to this by developing elastic pricing models. For instance, low-cost airlines have particularly aggressive and successful elastic pricing models. Essentially, the first few seats on any flight are sold at a significant discount, often even at a loss. As the flight fills up and you get closer to departure time, the price is adjusted upwards. The approach is so good that it is rare to see more than a few empty seats on any flight.

Amazon also owes much of its success as a retailer to using elastic pricing. This allows it to constantly adjust the price of items to remain competitive without risking a loss. They then couple this with various upsell opportunities to try and convert each sale into multiple sales (or even better, recurring revenue via Prime membership). Even theaters have a limited form of elastic pricing: they often sell last minute tickets for that day’s shows at a discount to try to increase overall revenue. But what if the entertainment industry could fully embrace elastic pricing?

Let’s reconsider our example above. Everyone bar the ticket scalpers has made less money than they potentially could. In most cases, they have traded potential profit for a guarantee of income. But imagine if the producer is able to leverage an AI-powered elastic pricing model. Now, the sums above represent minimum guarantees. The producer can sell his 500k tickets with elastic pricing and almost certainly make at least twice as much money. That extra money can even trickle down to the venues, agents, and artists via a profit sharing clause. So, why hasn’t anyone done this? Well, in a way one group has done it—the ticket resellers are already using some form of basic elastic pricing. Yet all the rest of the industry is still following an approach that has existed for a century or more.

What is needed to make this a reality?

Surprisingly, turning this vision from idea to reality is pretty easy. Like all AI problems, data is the number one requirement. But there is plenty of data available here. At least for those tickets that trade on the white market. Ticket scalping makes it harder to track, but many scalpers actually use online platforms to resell tickets. This makes it perfectly feasible to gather a lot of data about historical tours, ticket prices, venue occupancy, etc. From there, building an elastic pricing model is just a matter of applying standard AI technique called reinforcement learning.

How else could AI help?

So, are there any other ways in which AI could help the entertainment industry? Well, AI is already well understood in industries like finance and retail. As a result, there have been many models developed to solve the issues those industries face. One quick win for entertainment would be to identify which of these models can be transferred with the minimum effort. Above, we saw how elastic pricing could help artists, agents and promoters capture more of the available money. For arenas and venues, models that allow accurate stock level prediction would help cut down on food waste. AI is also great at spotting fraudulent or unusual transactions. That could be used to help reduce the power of the ticket scalpers. Ai is still in its relative infancy, so there are doubtless many other easy wins to be had. If you want to learn more, reach out to us today.