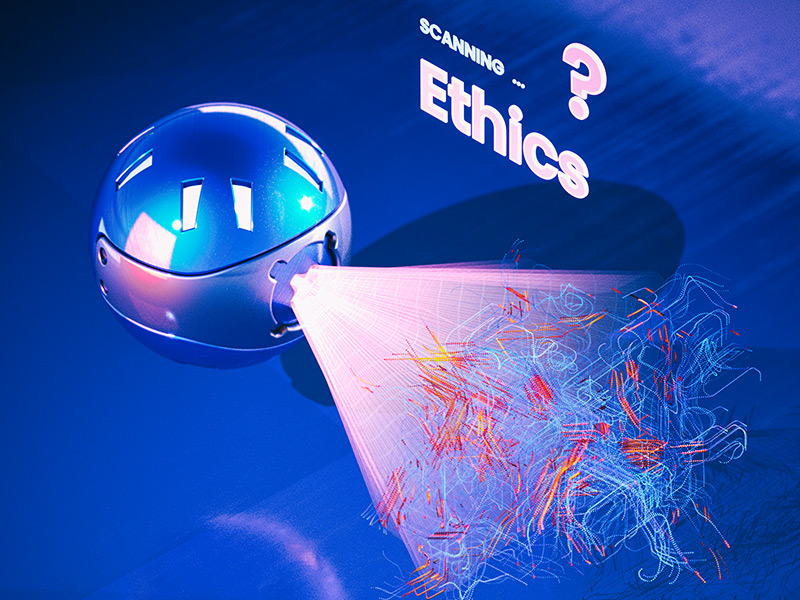 From HAL in 2001 to Skynet in Terminator, SciFi has always painted a dystopian vision of AI. This has led many people to question the ethics of AI. Here, we address an important question. Is ethical AI possible?

General artificial intelligence allows machines to learn for themselves and to replicate human-like intelligence. This was most clearly shown in 2015 when DeepMind’s AlphaGo defeated the European Go champion, Fan Hui. Go is often described as the Chinese equivalent of chess, and is notoriously hard to play well. The striking thing about AlphaGo was that the computer had taught itself how to play. First, it learned the rules of Go, then it played repeated games against itself, learning new strategies each time.

The potential of deep learning

Deep learning is one of the most promising fields in computer science research. In 2014, Google bought DeepMind for over $3 billion. Since then, deep learning has become a mainstream concept, driving many of the latest advances in AI. Deep learning promises to deliver extraordinary capabilities that may change the world we know. Here are two applications that raise issues regarding ethical AI.

AI promises us amazing advances in medicine. However, this raises the question of ethical AI. There are two areas where deep learning and AI are proving to be revolutionary.

Diagnostics. In January 2020, DeepMind published an article in Nature evaluating their AI system for analyzing mammograms. The article, titled “International evaluation of an AI system for breast cancer screening”, revealed their AI system outperforms human experts. Specifically, it reduces false positives between 1.2% and 5.7% (lower numbers UK, higher USA). It also reduces false positives by 2.7% to 9.4%. These are significant reductions for both these measures.

Drug discovery. Deep learning is revolutionizing the process of drug discovery. This has become especially important during the current pandemic. Several projects are using AI to test whether existing drugs might also work to treat COVID-19. Other projects are seeking to design new treatments from scratch.

AI systems are increasingly used to make decisions that affect our lives. Many of these raise serious doubts about ethical AI.

Human resources. AI is sometimes used to make decisions regarding hiring and firing of staff. The idea is that AI systems are able to make unbiased decisions and just use the facts. However, this leads to some really perverse decisions that really raise doubts about ethical AI.  For instance, in 2018, a man who was wrongly fired by an AI. However, that same AI wouldn’t reverse its decision, even though it was a mistake.

Credit rating. Infamously, in 2019 Apple became embroiled in controversy regarding their credit card. They were using an AI algorithm to set credit limits for people. However, women were routinely being given lower credit limits thanks to an inbuilt bias in the system. Steve Wozniak, the co-founder of Apple, reported that his wife received 10x lower rating than he did, despite them sharing all their finances. This issue with bias is one of the biggest problems for ethical AI.

As we have seen above, AI can have a profound impact on our lives. As a result, more and more people are asking whether ethical AI is possible. In turn, this is leading to an erosion of trust in AI.

Recently, the European Union tackled this problem head-on. They released a set of Ethics Guidelines for Trustworthy AI. These were written by the EU’s High-Level Expert Group on Artificial Intelligence.

The three tenets of ethical AI

These requirements address the issue of trust in AI by making it clear that humans should have ultimate control.

The document goes on to list seven specific guidelines for ethical AI. These are:

Science Fiction has always liked to paint dystopian visions of our future. Where AI is concerned, this has often led to the idea of machines rising up to overthrow humanity. However, Douglas Adams gave another vision of AI. Marvin the Paranoid Android has “a brain the size of a planet”. However, rather than use this to conquer humanity, he is beset by that most human of ailments, depression. The lesson here is we must focus on humanizing AI if we want to win the trust of users. Only then will we be able to answer the question, is ethical AI possible?